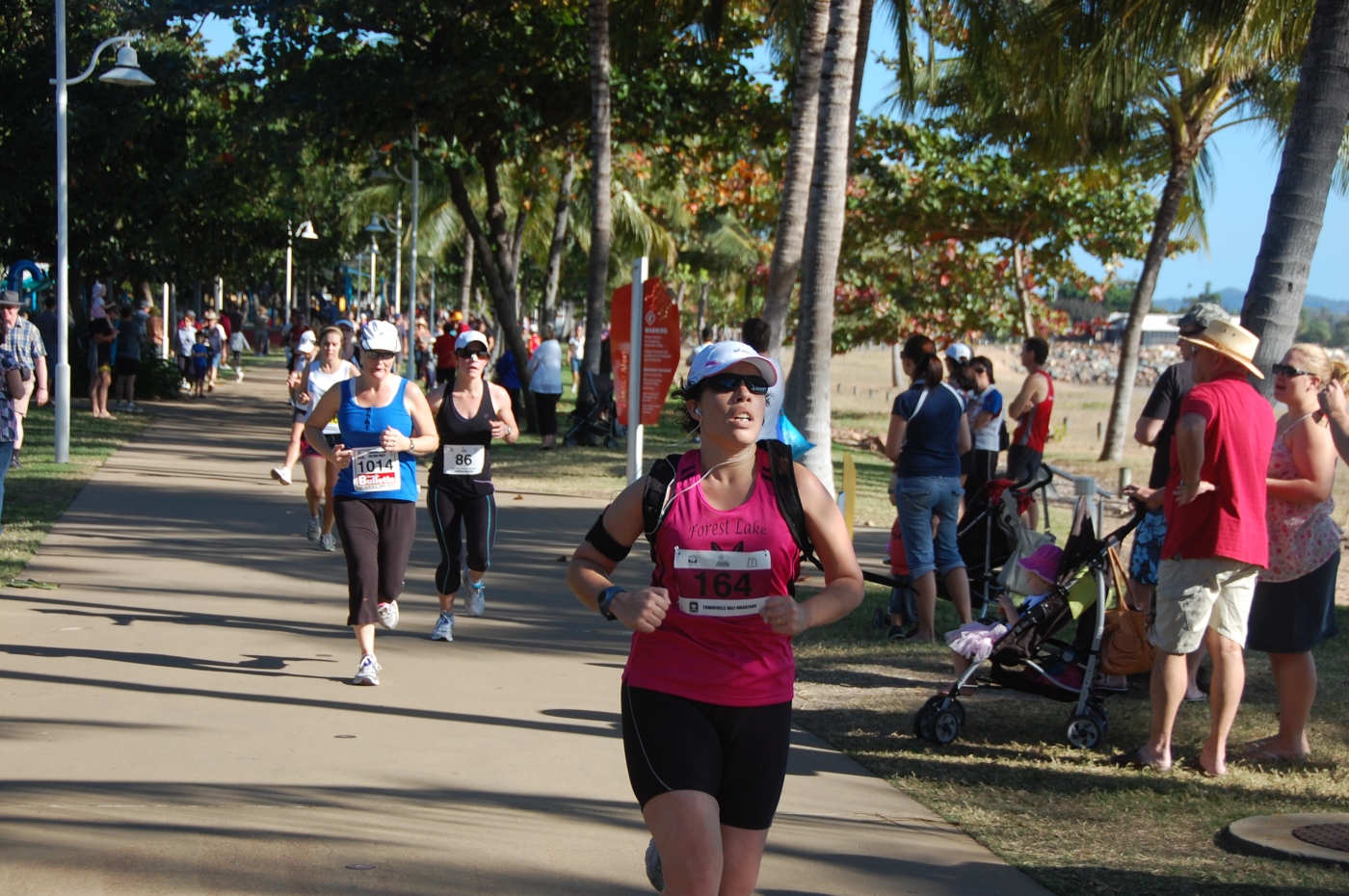 Today was the day.. my second half marathon this winter in Townsville.

I was pretty prepared but not prepared for the fact that Townsville was warmer than Brisbane, much warmer in fact…I was always told by my running partner back in the UK who got me through the London marathon that if it is hot then all bets are off speed wise for the race. So I decided time wise that I would take it easy in the race and not push things after previously having done that and ending up in an ambulance in London….I was also concerned that the race wasn’t starting until 7.10am which was quite late.

I was staying with friends and they were awesome in helping me prepare for the race and luckily they also had some Endura hydration and isotonic powder that i was able to use a couple of days before the race to help me prepare. Normally I don’t take new products right before a race but decided as the heat might be an issue that I would try and it seemed to be ok.

So I met one of my running buddies also doing the race and went to pick up my number yesterday and then took it easy for the rest of the day.

This morning, I was up at 5.30, had my oats and banana and some water and set off for the race. As usual I had a bit of a dodgy stomach. I always get nervous before races and this was no exception. I don’t know why I get nervous as it isn’t like I was intending to win…I think this race was a case of trying not to be last as I said in my last post! I basically emptied my stomach and felt a bit queasy so was a bit apprehensive about the race.

The race kicked off at 7ish and I did my best not to get carried along with those whose adrenalin pushes them along and kept looking at my Garmin and keeping a steady pace determined not to be put off by all the people passing me. My average pace was 5.20kms which wasn’t bad so I maintained that. I got about 10k into the race and didn’t feel well. I slowed down and ended up having to dash across the road to the toilet in some bushes and then took an energy gel to put me back on the road and pushed on. It was quite a mundane race course as you literally ran up one side of the coast and then back. Back was better than up as it felt every step I took I was nearing the end.

I picked up a bit of speed and was determined to get back on track. I remember listening to P!nk – Just like a Pill and then (can you believe) Britney Spears – Stronger and the lyrics are actually pretty good – about running as fast as you can (P!nk) and being stronger than yesterday (Britney) – sad I know but when you are fighting the urge to give up everything helps!

So I got to 3k left and I passed a guy walking and pushed him on to start running, and he started running with me which was great as I needed the company and kept pushing him and pushing him, and the more I pushed him the more I was able to push myself. He probably has told his friends that some bossy English nutter was screeching at him to finish…oh well it worked – he kept running and so did I, in fact I sprinted the last km and I think I did a 4.09km! I was determined to just finish and make up the time I’d lost from having to stop.

So I finished in 2 hours flat which considering I wasn’t feeling well and had to stop I was really pleased with. I think I may even do it next year too – we’ll see. I am a little bit stiff this evening but feeling good and back in Brisbane, going to have a rest and then start training for the next race which is the Bridge to Brisbane at the end of the month.