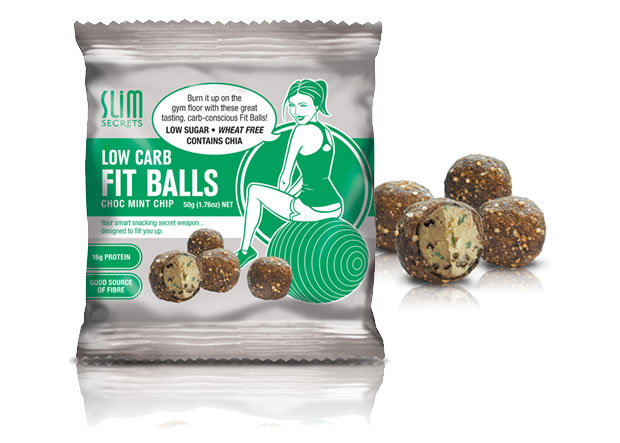 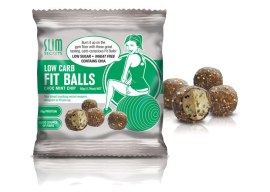 I had previously tried one of their berry flavoured products a long time and wasn’t too keen on it – but I guess it comes down to the flavour and we all like different things, and I previously tried a bar – these were balls so quite different consistency wise.

I had the Choc Mint Chip flavour to try and I have to say they are delicious! It was almost as good as eating real chocolate and portion wise you get about 5 so that was a good number for me to munch on throughout the day.

The balls are low sugar, wheat free and they also contain chia which according to The Chia co is a superfood and the highest plant based source of omega 3.

For the number crunchers out there a 50g serving of balls contains:

I’ve seen the Slim Secrets range in Coles, Woolworths and IGA so if you want to try them you can get them at any major supermarket by the looks of it.

So I’d definitely eat these again and would describe them as light and refreshing and good to eat on the go rather than chocolate.