This week has been tough so far and it’s only Wednesday!

Last night I had to train – I had a 7k to run followed by squats (thanks Roger!) and an hour or so before I just didn’t want to train. It’s the first time since I embarked on my marathon training that I felt like this and I really just couldn’t snap out of it. I forced myself to get dressed ready and got in the car and went to the gym – and even on the treadmill even though 7k seems relatively easy these days – (still slow but easier) mentally I struggled. 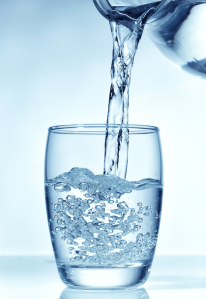 As I got to 5k a light suddenly went on in my head. It was no wonder I was so tired and lacking energy as:

1. My little one has been sick and we have been fairly sleep deprived and I have been existing on a few hours sleep until a night or so ago so it was catching up with me;

2. I’d forgotten to have a proper lunch and had had some crackers and cheese;

3. I’d also broken the big rule of not having much water – I’d maybe had half a litre all day;

4. The biggest thing I would say that has been affecting me is since January I have consciously not been having carbs bar those in my vegetables in order to try and trim down a little bit so the marathon training was easier and I cut out wheat and all carbs – I think this has finally caught up with me in the sense it’s harder when running longer distances and needing more energy.

So with all of these things it was no wonder I was struggling and therefore lacking the energy or motivation.

I am very good at giving out advice but not always good at taking it myself so this week has been a real eye opener and I am intending on drinking more water, looking at increasing my carb levels, catching up on sleep and making sure I eat a decent lunch especially when training in the evening.

Now I am clocking up 60km a week and if you are doing the same it’s important to look after ourselves. I think sometimes for those of us/you that are parents it is easy to put yourself second but often I find when I have been racing after my son that it is easy to not have had proper food or even a cup of water all day and it catches up with you as I have found this week especially when trying to fit in an intense training program.

Anyway I just wanted to share that with you and if there is anyone in the same position I hope that sharing helped.

As always have a great week and happy running 🙂