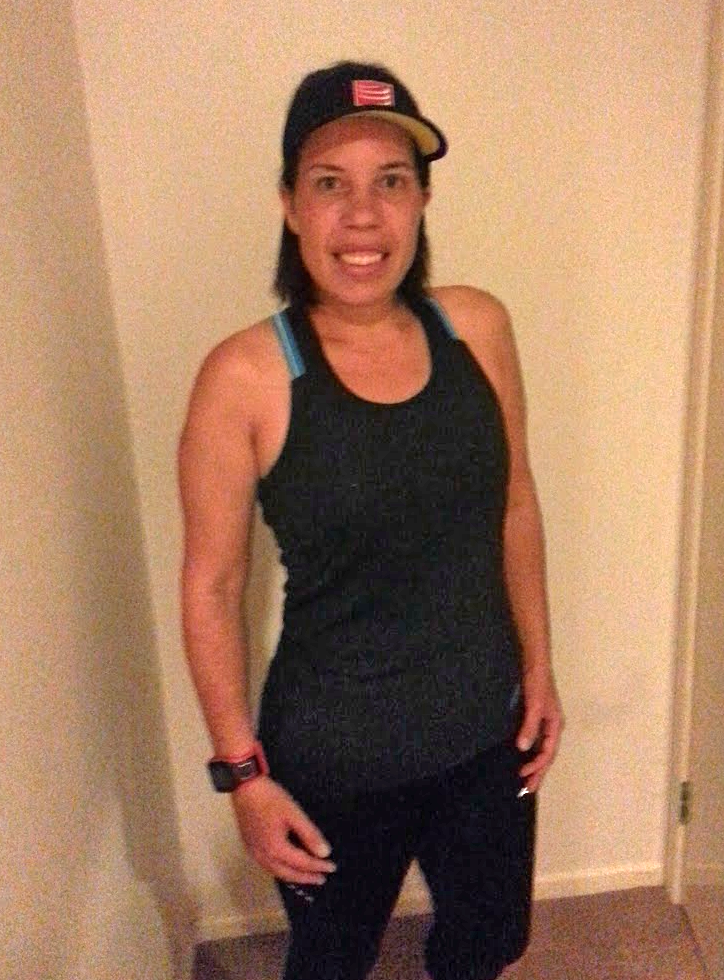 Hope you had a great week of long running. It’s been a bit stressful for me with my son having a terrible time of teething, getting a cold right before my long run and still suffering a bit with my foot. I am determined I am going to push on through the race and so have been really focussing on what I am intending to wear.

Being a RunStopShop Ambassador meant I got sent some cool kit to wear on the day so I have been busy using it and finely tuning it. So this post is about the kit I will be wearing and how I have found it as well as what to bear in mind with kit for marathons in my experience.

RunStopShop sent me a lovely purple Adidas Techfit Moulded bra. Initially it was too big for me so I ended up going down a size and once I had done that found it to be comfortable. I tend to wear a sports bra that is more like a bra usually so this was different.

I’ve run in it a lot and have found it to be comfortable across all runs. I am not convinced it would be suitable for someone with a lot up top running as the ‘girls’  move around a bit but for me it works well and this is a definite for the race. Not that anyone sees it but I love the colour too.  You can remove the pads too to help it dry quicker when washing or if you generally don’t need them!

Of all the things that RunStopShop sent to me this is my favourite. It is so unbelievably comfortable and not being one for hugely bright dayglo colours I love the colouring which is a very dark grey with a hint of colour in the blue on the top of the top. The fabric is really comfortable and moulds to fit the body which I like. I am not keen on things flapping around or constantly having to be pulled down so this top for me is perfect. It’s a little bit big now as I have lost some weight but still is very comfortable. This is on my race day list.

Initially RunStopShop sent me a pair of tights by another brand but I didn’t get on too well with them having generous thighs! So they sent me some Saucony leggings and to be honest whilst I have run in Saucony shoes I had never used their clothing before but I was pleasantly surprised with these leggings. They are so comfortable. I am used to wearing compression pants so these were a change as you don’t get that pull.

Whilst I have been training i have suffered awful chafing too around the groin area and I haven’t had to continue wearing my Body Glide as there has been no chafing. I would say they are great for people like me with thighs that are shapely and not skinny as the fabric has a lot of give and is comfortable. I also found unlike some other pants I have I don’t constantly have to be pulling them up/down to get them comfortable.  The other thing I like about these pants is that they have pockets either side which I have been using to put one or two of my gels in on longer runs and they also don’t have a drawstring that you end up losing the string to pull the tights together – there is no way you can lose the string – a definitely like from me.

I haven’t tried Steigen socks before and have worn them a few times in my training. I am still trying to sort out my foot issues which I have written about in previous posts so am playing around with my socks. The Steigen in my opinion are very comfortable, light and a little bit glossy. They are a good price for a performance sock at $16.95 a pair and come in some great colours as well as giving arch support. Because I have had to have strapping and taping on my foot I haven’t worn them as much as I could as I have been trying to stick with what I know and not rocking the boat too much with my feet. They are on my list for the moment for training and I have to see how my foot goes.

It has been a bit trickier with my shoes because of my problem I had with my orthotic rubbing and causing a hassle on my foot. I have been wearing both my usual Kayano and the Adidas Sequence Boost that RunStopShop sent to me. The Adidas Sequence is a very light shoe from the Boost series with some stability. Love the colour and they are comfortable. I would say from wearing them that they are great for people with wide feet as the front of the shoe is very generous in terms of room for your foot.  They are a reasonable price compared to a lot of trainers out there now so are worth a look at when you next need some shoes.

I have to admit I had never worn a visor before so when RunStopShop sent me one as part of my pack I kind of looked at it and thought – hmm I’m not sure about that! I have noticed more runners wearing them but never thought to invest in one myself. Anyway I have given it a go and will be wearing it on race day as it’s actually pretty good.

It felt a bit weird being used to wearing a cap that covers the head but it was comfortable, gave plenty of coverage sun wise yet a nice breeze on the top of the head!

So this is my race kit so far I am still trying to sort out all the other bits I need and whether to run with my Camelbak or my Fuelbelt and what I need to take with me.

Have a great week of running, I’ll be posting more soon!

2 thoughts on “Running Kit for a Marathon #GCAM15 @runstopshop”