So last week was an interesting week. After running the Bridge to Brisbane last Sunday I figured I was set to continue with training and planned to build back up to 20km plus but then on Wednesday morning that all changed! I went to get out of bed and couldn’t! Initially I figured I had slept funny and my neck where the pain was would clear up but the pain was excruciating and didn’t go.

I was terrified that the pain was here to stay and that was the end of my running. My husband basically told me to stop being quite so dramatic! (moi! dramatic!?!) and after a small sulk I called the doctors to see if they could make me an appointment.

By 9.30 I was at the doctors thanks to my husband having to stay at home and drive me. The doctor basically said I had some very long word which meant it was like severe cramp in my calf but obviously in my neck and he prescribed me a small amount of valium and also voltaren to take at the same time. I was surprised at being give valium but realise it was to relax the muscles whilst the voltaren got to work.

I came home at 10am popped my pills and woke up at 4pm!  I had lost 6 hours of my life that I’d never get back again! The pain was still bad so I did the same again after dinner and woke up the next morning feeling much better.

Anyway to cut a long story short I didn’t do too much training last week as I couldn’t move my neck 100%. All good now though and I did some general leg work and then ran on Saturday with my son which was a full-on work out. 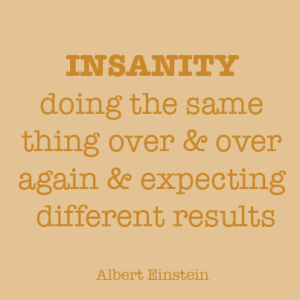 I’ve been trying to decide where next with my training, as I am not one of those people that just carries on doing the same thing again and again – personally I agree with Einstein’s definition of insanity ( doing the same thing over and over again and expecting different results) – I just am not sure what I want to do – to get faster, to do another challenge i.e. a marathon or do shorter races… just can’t decide. So for the moment I am just going to push on – try some new things and decide on my races. The Twilight Race next March is an option….who knows and I am still part of Earthathon which keeps me motivated too as I am being held accountable by other runners all around the world!

Anyway enough of my rambling. Hope you have a great week of running 🙂

2 thoughts on “A week of valium, voltaren and a bit of running”